The 2nd Challenge Trophy Camporee was held Aug. 25, 26, 27/2000 at Camp Cutler in the State of NY.  The program on Saturday featured ~135 “fun”, “team building” &/or “educational” events.  Plenty of craft events and displays were also part of the program.  Saturday evening program included scout vespers, sub-camp chariot races and campfires.  Troop campsite inspection was done Saturday morning. Some of the more popular events were “Make a Rocket”, “Rocket Launcher”, “Leather Craft”, “Box Hockey”, “Bombs Away”, “No ‘Air’ Air Hockey”, “Archery” and “Bottle Launcher” to name a few.
We had visiting troops from as far away as Canada and Albany.  Local Councils in attendance included Otetiana, Twin Rivers and Finger Lakes.  We also has a staff member from Five Rivers Council.

The top visiting troops for the best overall award were, #63 Finger Lakes, #58 Oteschodela, #5051 Twin Rivers and #96 Finger Lakes.  The top three Arrowhead District Troops were #262, #208 and #163 respectively.
Additional awards are too numerous to mention every single one.  Each subcamp awarded up to 5 plaques for patrol awards, 1st and 2nd Campsite Inspection awards, Largest Attending Troop and Longest Travelled Troop.
Special thank you to the Youth Subcamp Chiefs and the Event Area Coordinators.  These senior youth had the opportunity to attend leadership training before the Camporee and the experience of being in charge at the Camporee.  It is a time to learn by trial and error while coordinating and making decisions.  Support staff were younger scouts being groomed to be future Subcamp Chiefs or Event Area Coordinators.  Thank you for doing an outstanding job!
Actual size of the patches below is ~3″x6″ each.  The Brown border one was given to all attendees.  The Gold bordered patch was for staff and was placed on the award plaques. 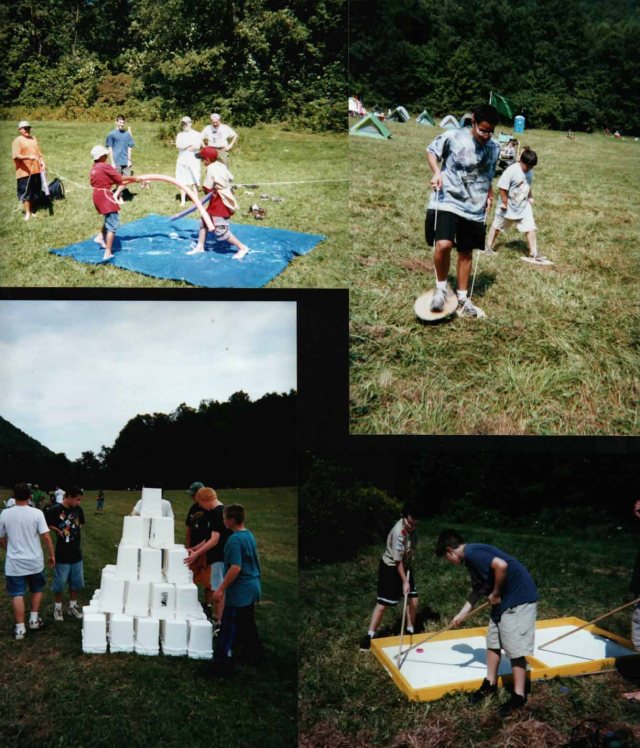 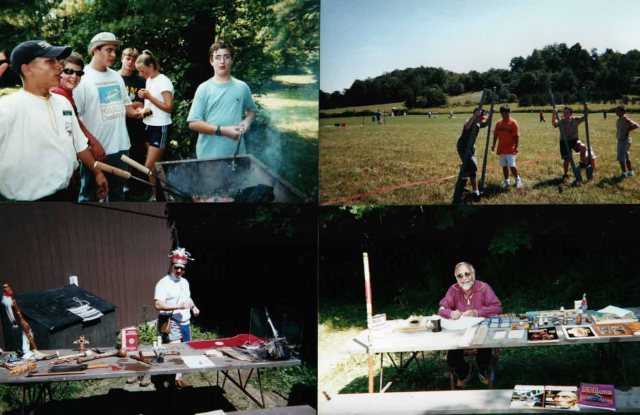